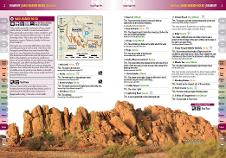 With lots of new additions to this crag recently, Maid Marion Rocks is now a very worthwhile venue, offering some of thte closest low-grade single-pitch cragging to Tafraout... great for short days, picnics, families, or just some relaxed cragging!

This new 2-page topo lists all current routes at the crag. 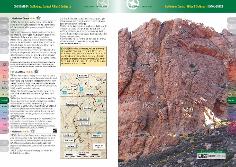 This single-page A4 topo includes a new 4-pitch route up Adrar Iffran's Central Pillar, which was not included in the 1st Edition CT Guidebook. Routes included in this topo:

Since the publication of the Morocco Rock guidebook in 2012, new routes have continued to be recorded across the range at a rate of about 150 per year. The 2015 Tafraout Supplement lists a massive 560 new routes that were recorded between 2012 and 2015, making it essential reading for anyone climbing new routes or developing new crags in in the Tafraout region.

This 120-page document is provided as a pdf download... print the whole thing, or just the parts relevant to where you're climbing! It also includes discount vouchers worth £7.50 off our new pocket-sized Tafraout guidebooks!

This latest supplement includes all routes recorded in both the Tafraout Livre d'Escalade, and also the Kasbah Book of Climbs, covering both the south and north sides of Jebel el Kest as well as outlying areas such as Jebel Taskra, Aouguenz, Tanalt, Amaghouz, and Tafraout Granite areas. All routes recorded since the publication of Morocco Rock (2012) have been included, and for convenience, routes recorded since the publication of the later definitive guide are differently labelled, making it easy to spot new routes, whichever existing book you're using.

For details of routes climbed since the publication of our update, you can also check out our online new route book 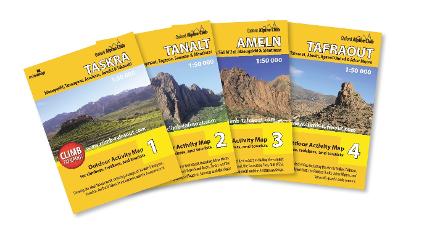 Check out our complete range of local area maps, including the 1:50000 Outdoor Activity Maps as well as free downloads. 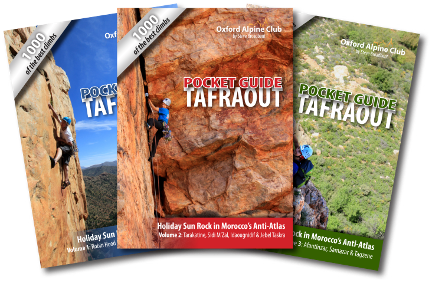 A full range of climbing guidebooks is available in our online shop, or you can read about what's available here. 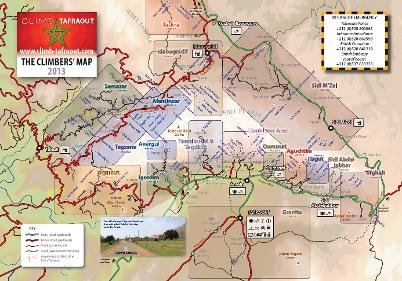 We've got a bunch of free downloads to help you get the most out of your trip to the Anti-Atlas, including maps, updates, and topos.

Check out the latest new routes, or report your own first ascents in our online new route book.